But don’t worry, we can always organize a cruise for you!
Contact Us
Skip to content
Home | Blog | Cruising Off the Beaten Path of Banda Islands

When to Sail to Banda Island 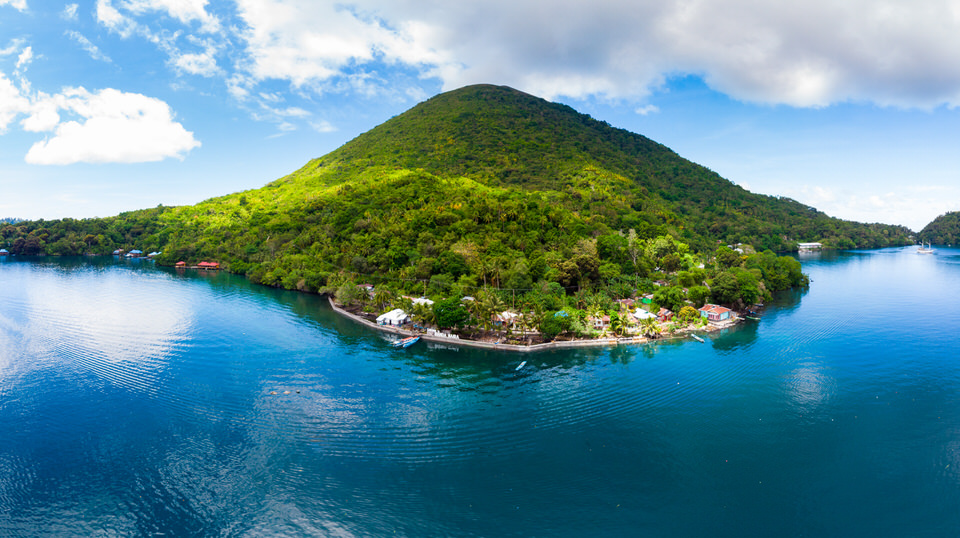 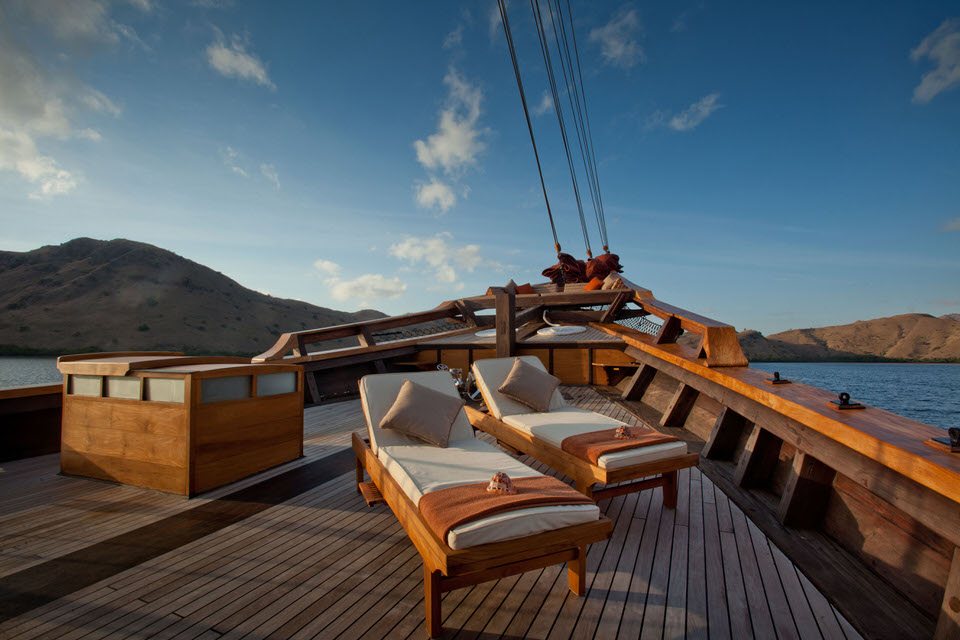 As part of Indonesia, Banda is tropical—which means it has a wet season for half of the year and dry during the other half. The best time to sail to Banda Island is during the dry season, which falls around March to April and September to November. These months see sunny weather and clear skies, making it perfect for a nice walk in the islands, visiting forts, and getting to know the locals. The calmer seas allow exceptional underwater exploration, from snorkeling in the clear water of Pulau Hatta to a daring dive with the sea snakes at Gunung Api.

Best Time to Go & Things to Do in Banda islands

Things to Do in Banda Island 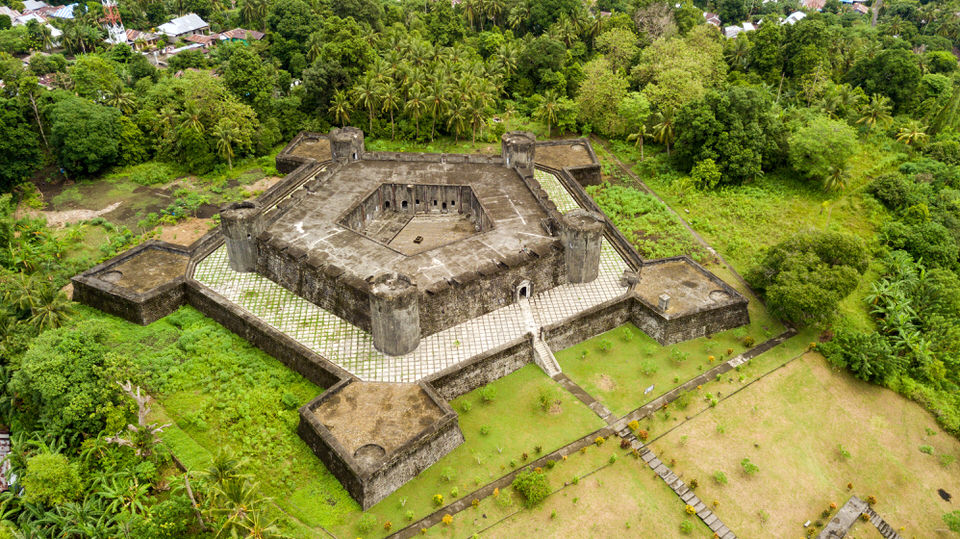 Walk Down the Path of Colonial Past

The Spice Islands were the focal point during colonial times, and the remnants can are seen as you walk down the Banda Neira. Colonial buildings have stood the test of time, scattered across the main street. On the hill of Banda Neira is Fort Belgica—one of the most famous historical heritage—overlooking a gorgeous view of lush forests, coastal villages, and Fort Nassau below. We recommend visiting at sunset to enjoy dazzling the spectacular views backdropped by Gunung Api across the sea.

While you are on Banda, don’t miss the delectable local cuisine made with the legendary spice!

Disney could make short animation music about a lone volcano that lives alone in the middle of the sea, but here’s Gunung Api Banda. All real and majestic, rising high from the blue water to the cloudy sky. Hiking to the top of Gunung Api takes around 1.5 to 2 hours in steep paths. It’s not a walk in the park, and climbing up is a bit tough but very doable. Once you get to the top, you are rewarded with a breathtaking view! Be prepared to get wonderstruck by a panoramic landscape of the Banda Islands archipelago sprawling out on the turquoise water, a view of Banda Neira’s airport, Belgica fort, and the local settlements. Go very early in the morning for the clearest sky and rain-free hike! 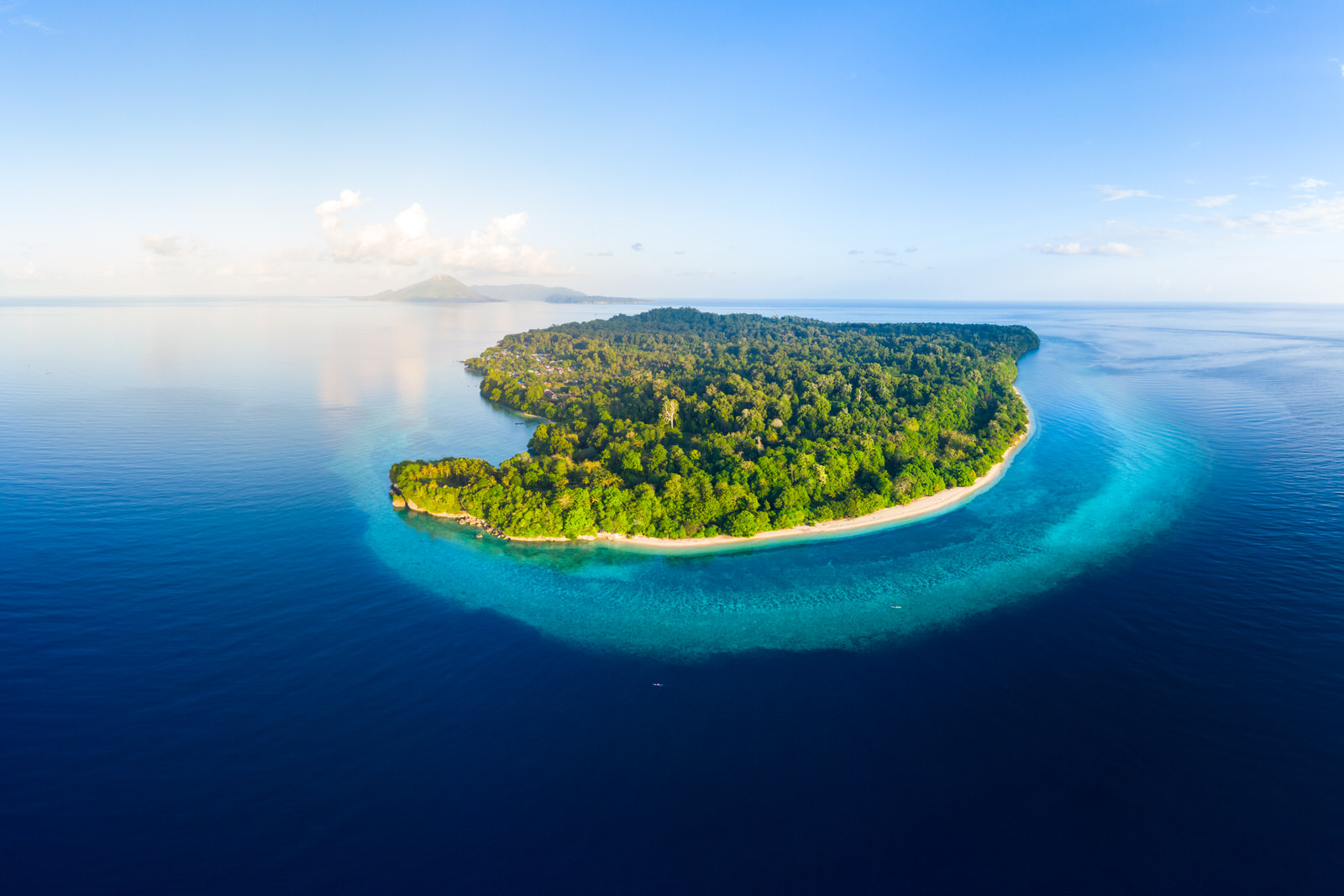 While you might have probably heard of Raja Ampat and Komodo as some of the best diving destinations in Indonesia, Banda Island is something that’s not to be missed. Thanks to its remote location, the marine wildlife in this little archipelago remain mostly untouched. This and combined with nutrient-rich water of Indonesian seas, result in flourishing coral reefs and abundant fish life in excellent health.

Diving with Snakes at Gunung Api 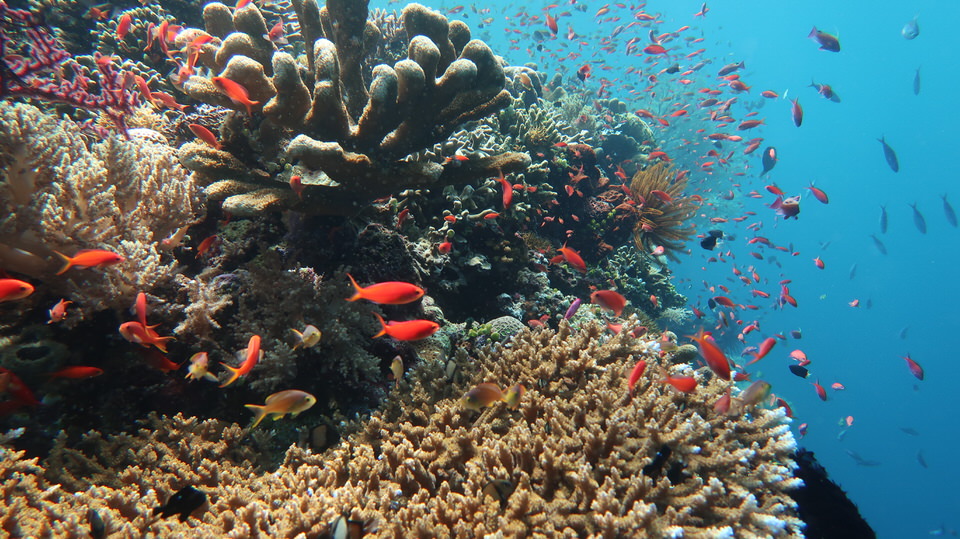 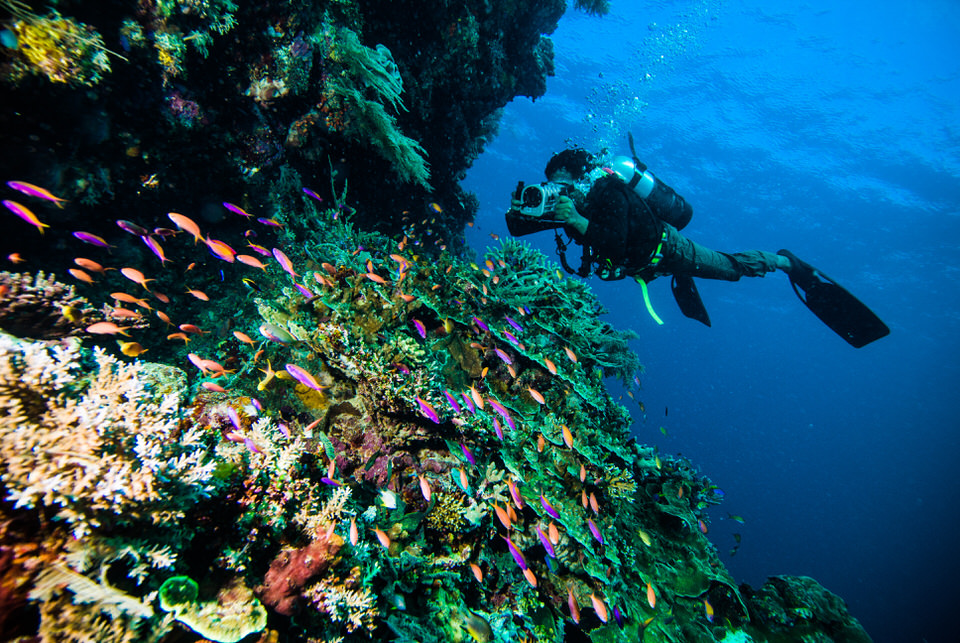 Diving in Banda is highly rewarding of its own, but there’s one highlight that makes it so phenomenal; diving with sea snakes in Gunung Api. Beneath the majestic volcano’s shoreline live hundreds of venomous sea snakes, swimming gracefully through the water. The fluidity of their movement is mesmerizing and captures the heart of divers. Banda Api’s sea snake is one of the most venomous in the world, but they are known to be pretty docile. These curious creatures often come up to divers and won’t bite unless provoked.

Diving and snorkeling the Bandas never fails to disappoint. Hatta and Ay Island are the best places for snorkeling in Bandas. Clearwater and beautiful sandy beach welcome every curious visitors who just cannot wait to don their snorkel masks. In only a few meters from the surface, life springs from the seabed. Fields of coral reefs from all shapes and colors live in harmony with clownfish, triggerfish, parrotfish, and even hammerhead sharks patrolling in the area.

Our customer support team is here to answer your questions. Ask us anything! 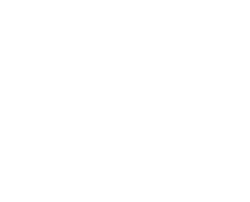